This is a Slender Parody that I made in 5 days. Just want to say a quick thank you to everyone who helped on such short notice! Read the multiplayer devlog for help on how to play with friends!

Wait, Hold on! There is a story to this madness! I dunno, er... You fell out a helicopter and landed (and somehow survived) in Slonder's forest. Slonder then told you to collect his fanart or he would kill you and not let you go free.

Shift to Run
Pick up pages by walking into them
and that's it I think...
Oh! And
T to chat in multiplayer
And V if you want to go in Third person view.

Menu them/Ambiance: Flying Orion
Thumbnail/menu/other screens: Moonlight
And Deerpyboi, the reason this stupid game exists.
Most of the assets used belong to Zeoworks.
Oh, and you deserve credit for making it this far down the page. Round of applause!

IS THIS GAME MULTIPLAYER ???

Unfortunately the engine I used to create Slonderman dosnt support Mac, you can always emulate it via Wine or some other Windows emulator for Mac.

and this goes for both games

Thanks for letting me know, I suspect the servers may have expired but I will double check it when I can.

This was a lot of fun in a weird way! took me forever to do things but i'm an idiot so that was to be expected

this game is so fun!!!! it looks legit and has good graphics!!!!

this game is so fun!!!! it looks legit and has good graphics!!!!

this game is awesome XD

I played it and then wondered why.

The game isn't really that great. Instead of a scary Slenderman environment it's just a big open area with like only 10 trees and the pages are on the floor instead of a tree or something and the pages are illuminated making the game SO easy to do. Literally all I have to do is sprint without stopping to avoid slenderman while taking the cleary in the open pages.

this wasn't supposed to be a good game, heck, it wasn't even supposed to be difficult. Thanks for taking the time to comment your thoughts, I appreciate it! :)

Also, It's Slonderman, A 100% original character that definitely isn't a parody of slenderman. ; )

thats the fucking point of it exsisting, its made to be shit

Boi I dunno what this was but I laughed way too  much, had fun!

This game is much scarier than Baldi's Basic In Education N Lerning.

BTW the Slonderman is a nice name!

Baldi's Basics was never meant to be a very scary game,  and honestly, Slonderman was only supposed to be mildly scary (at best).

Thanks for the comment though! :) And I'm glad you liked the name!

This game also very dank. I hope this game would be a nice memes that could attract more people playing.

I will think about it, thanks for the suggestion! :)

Hahaha! Slonderman really loves his fanart! This was entertaining!

This was a very cool slender parody game! :D

btw i made game check it out here link:https://chrisgames.itch.io/bright-park-city

My game is not even nearly as good as yours

is it actually multiplayer?

Well this was awful

I certainly did the thing.

I think it is because you need a .rar file extractor, like winRAR or RAR Knife opener

Loved it, loved how silly it was and how easy it was while still having a constant threat. Thanks a lot Deerpy.

I definitely couldn't make something like this in 5 days! It's simple, but I think that's the charm about it :)

Yet another awesome parody game, man! I don’t see many developers using the terror engine very often anymore, so that was pretty cool to see. It felt really reminiscent of older horror games to me. It would’ve been cool if the light from each page would disappear upon grabbing the fan-art. I kept going to spots that I had already gotten. Thanks for making this!

Slightly different to the norm I would say but its a good way to try out new things and development with a slender style game.  5/5.

Slonderman is a tidy little parody, it runs smoothly and the mechanics are easy to grasp, dash and grab.

It's obviously not as scary as the original but it did give me a couple jumps and plenty of laughs.

Plus it's an easy win, so if you've had a tough day and fancy feeling like a winner give it a go and keep run held down :D.

There are two E's in my name! xD

Anyhoo, glad you had fun with this little game! :)

Bugger, sorry mate, I'll do better next time I promise 😭😭

its fine,  honestly! I'm just glad you enjoyed the game. :)

Pretty sure this was the best intro to a game I've ever played. 10/10 would stay over at Slonderman's house again.

Reply
ferocioustoast2 years ago
The camera shake made my eyes do funky things, and now We Will Rock You is stuck in my head thanks to the step sounds.
Reply
Jakumie2 years ago(+1)

This was just made as a joke. Still, thanks for playing it I guess? My next game will hopefully be better than this, hopefully...

Well i love joke horror games. However, it seems like you gave up after the 2 second mark. The cutscene was funny, but you stopped after that. It just became a waste of time. You could have at least used actual fanart as the notes and maybe had him reference each one. For example, you could have him talk about a piece of fan-fiction in embarrassment. Or break the fourth wall and talk about the fact that the notes are glowing.

I just feel like if you're going to make a "joke" game, don't make it a waste of time. I don't want to discourage anyone, it just looks like it could have been better.

yeah. Thanks for the criticism! :)

Great game i thought it was really funny and i enjoied the soundtrack the game is overall really good but sadly i skipped the cutscene. 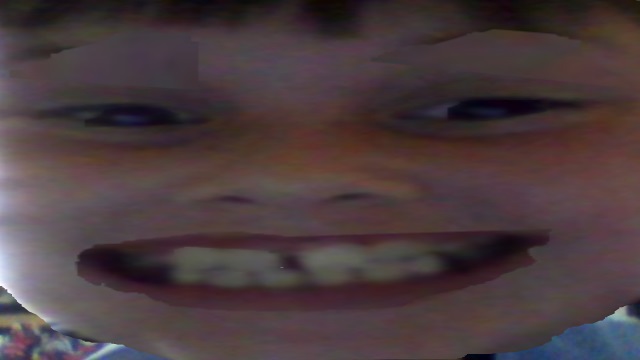 lol, that was the idea! 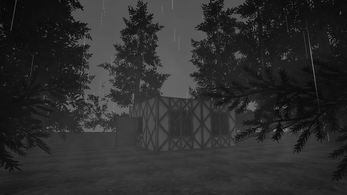 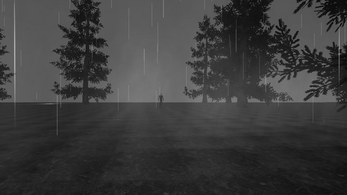 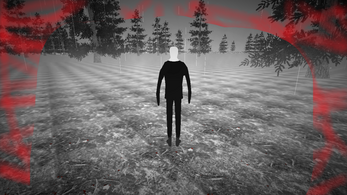